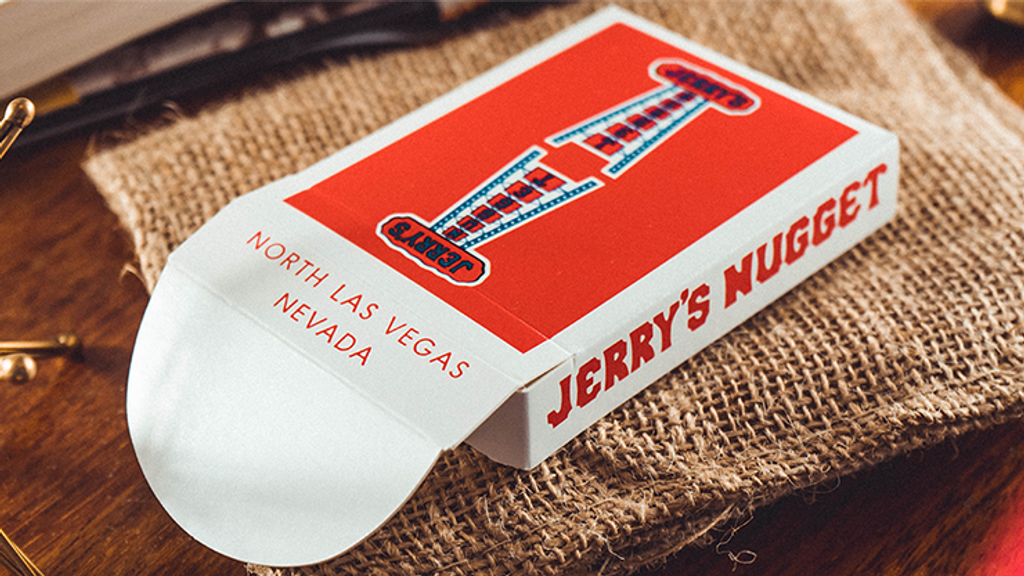 Worldwide Distribution is expected NOVEMBER 2019; AFTER Kickstarter orders are fulfilled.
The images shown are prototypes only. Final production may have some variations.
Modern Feel 1st editions will have limited production.

The most iconic deck of cards ever to be created. Now Jerry's Nuggets Playing Cards are your EVERYDAY cards!

In 1970, Jerry's Nugget Casino printed what would become one of the most collectible playing card decks ever manufactured by the United States Playing Card Company (USPCC). They made them for the tables but opted not to use them and put them in storage for 20 years! Playing card expert, Lee Asher, recognized the unique quality and feel of these cards and began evangelizing about them. In due course, Jerry's Nugget playing cards became legendary.

By the fall of 1999, these cards sold out, yet the demand continued to grow. Today, authentic Jerry's Nugget cards are among the most desirable and expensive modern decks on the market. After more than three years of pursuit and negotiation, a deal with Jerry's Nugget Casino and Expert Playing Card Company is making them available again!

Produced by Expert Playing Card Company overseas, these Vintage Feel decks feature our famous JN FINISH! JN Finish is a firmer card stock. We believe these cards will be as close to the originals as anyone has been able to achieve! We've also managed to replicate the off-center seal, the iconic red tear strip, AND the popular long tongue-flap! As noted, the bottom of the tuck, they will be clearly marked so these decks cannot be confused with the original 1970 decks.