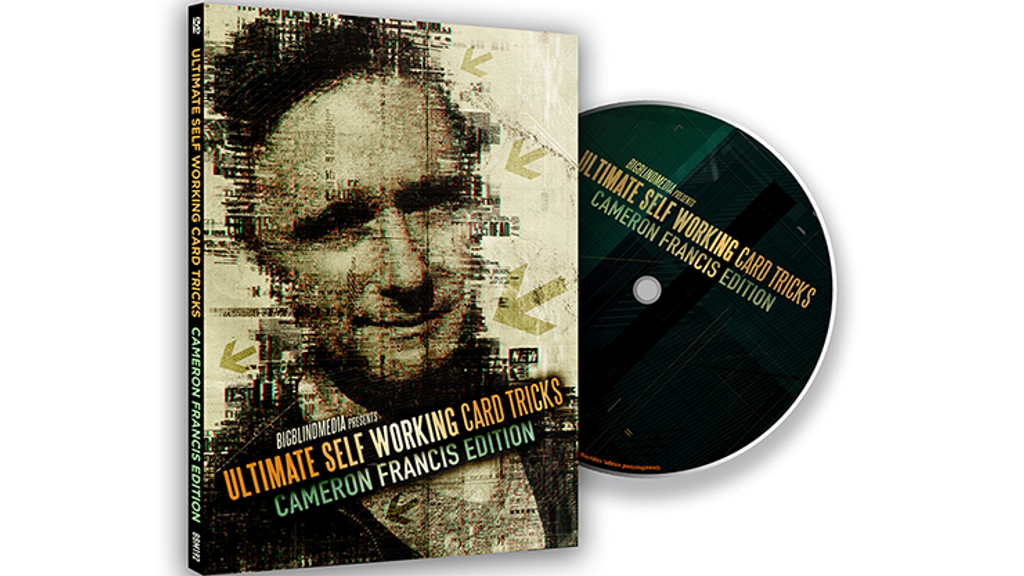 The bestselling Ultimate Self Working Card Trick series is the gold standard for sleight-free card tricks... magic that slays audiences and yet requires NO moves to accomplish. The emphasis here is on providing you with KILLER tricks that you just need to concentrate on presenting!

And in this latest installment of the smash hit series renowned pasteboard practitioner Cameron Francis is unleashing his own all-time top 10 (except there is 11!) self-working card tricks. These stellar routines are plucked from Cameron's own extensive repertoire and are pure, unadulterated awesome. Every one of the eleven routines are a beautifully constructed slab of cleverness where Cameron has substituted difficult sleight of hand with ingenious (and sneaky) methods. You'll even fool magicians with lots of this stuff!

Automatic Poker Triumph - A quirky poker demonstration that'll knock your spectator's brains out of their noggins!

Divided - A completely impromptu, impossibly fair revelation of two selections and a full deck color separation that will leave them gasping for air.

Counter Intuitive - A magician fooler of an effect where the spectator finds their own card under the most impossible of conditions.

Exhausted - The Tantalizer retooled and re-engineered for maximum efficiency and impact.

Exhausted Aces - Another "Tantalizer" effect with a, (you guessed it), four Ace ending.

Exhausted Mates - More "Tantalizing" madness, this one twisted into an amazing coincidence effect with a killer kicker ending.