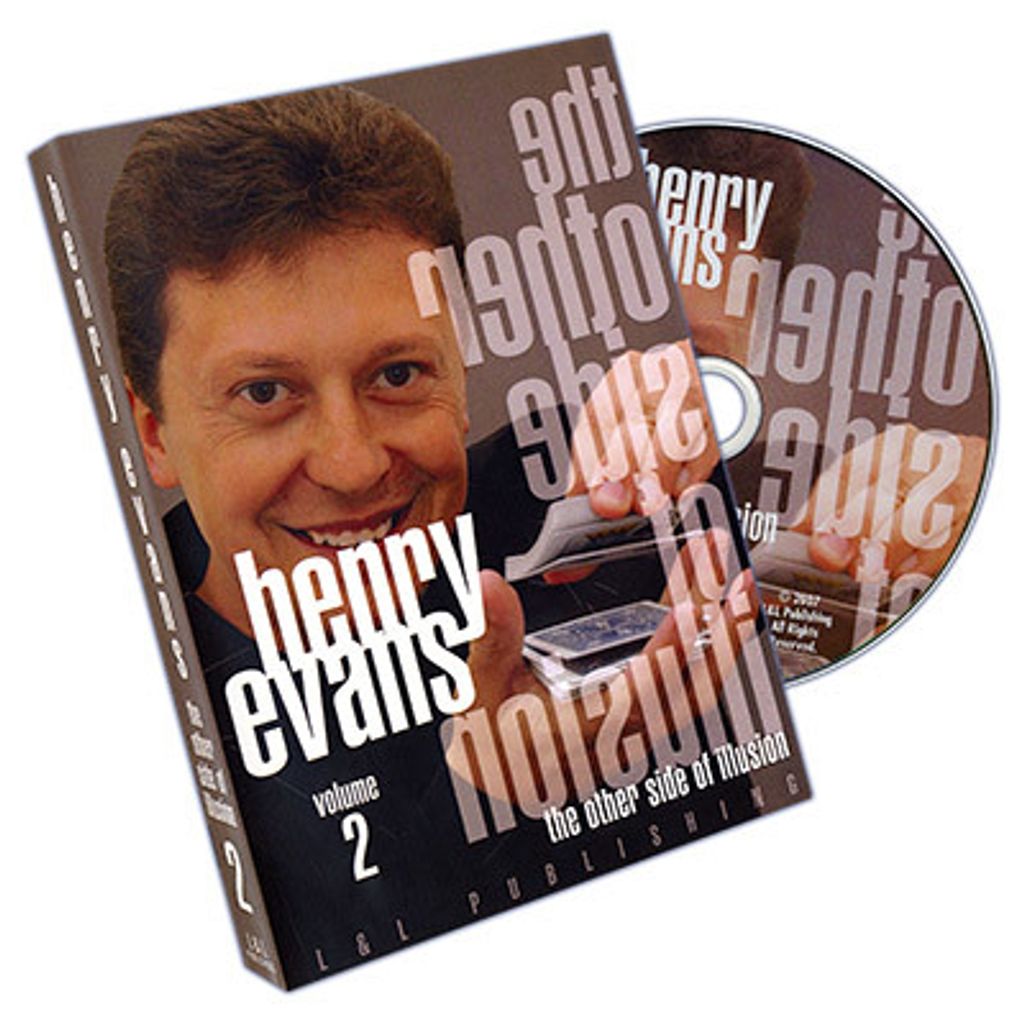 Ready Stock: The Other Side Of Illusion Volume 2 by Henry Evans - DVD

Here's what you'll see during your journey to the other side of illusion:

NEEDLE THROUGH DECK - The performer pushes a large, threaded needle through a playing card box. Not an impressive feat until the cards are removed and found to have no holes or any other evidence of the needle and thread passing through them. The perfect opener!

RISKY BET - A packet of cards is shuffled by the spectators as the performer places some paper currency into a glass as a bet against failure. The cards are divided into small piles and one is freely chosen. When the value of the cards in the selected packet are added, they are found to match the amount of money in the glass.

DOLLAR AND QUARTER - You won't believe your eyes as a borrowed quarter and dollar bill are visibly fused together to form one of the strangest objects your audience is ever likely to see. The two components are then magically separated and returned to their owners!

FLIPPER CARD - A selected card visibly vanishes from between two Queens and is found in the card box which has been in plain sight. One of the most visual card effects you're ever likely to see!

NEW K.O. ROPE - The performer cuts a length of rope into two pieces and then restores them but that is just the beginning of a startling sequence of magical events. Without any further cutting, the rope becomes two lengths again and then suddenly multiplies into three and then four lengths. The performer then restores it back to two and then back to one. For the surprising ending, the rope is in four lengths again and each is handed out for thorough examination.

MENTAL POWER - The performer correctly divines a spectator's thought-of card and then subsequently shows that the spectator had no other choice as every other card in the deck is now blank!

KEEN SENSE OF TOUCH - Another impossible location as the performer finds two signed cards in a deck shuffled by the audience in a transparent bag while his eyes are covered. A great stand-up card effect for any size audience!

FINDING THE ACES - Imagine being able to locate the four Aces in an instant from a deck that's been completely shuffled by the spectators. A very practical method for an utterly impossible effect.

TEN EXACT CUTS - The full details of Henry's masterpiece, the finale of his FISM act, finally revealed! The performer cuts a deck of cards into ten packets in just a few seconds and then shows one card in the first pack, two in the second and so on to the tenth. For the dumbfounding finish, the deck is shuffled and cut into three packets which are shown to be the three remaining suits - in exact numerical order!