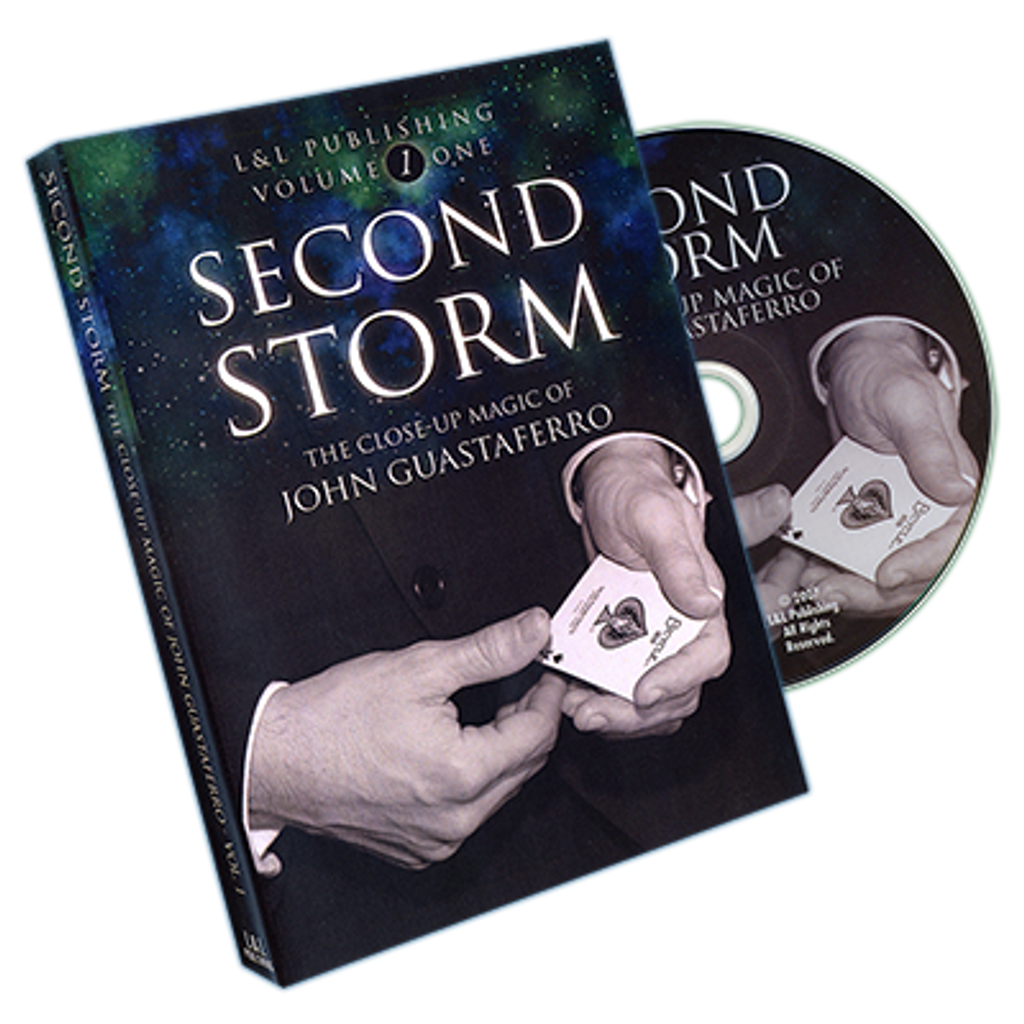 Tricycle Cards - Four "baby jokers" become all grown up in this charming packet trick. Learn how to make the clever gaff in minutes.

Teeter Totter Aces - The spectators help find the four Aces with the push of a finger. Great for strolling.

Famous Aces - John reveals his stunning Ace assembly, where the Aces completely vanish from their packets and reunite inside the card box. This is the one everyone's talking about!

Jokers To Go - Two Jokers inside the card box change places with the spectator's card.

Remote Possibilities - A 52-on-1 card is used as a TV remote to locate the spectator's selection. A clever take on the ambitious card plot, with a surprise finish.

Fair Trade - The four Aces demonstrate their mind-reading ability, then transpose with the four Kings.

The Eerie Truth - A random card is selected using a few rolls of the dice. After showing that your written prediction matches the selected card, you reveal the eerie truth that the trick never happened!

Cigarette Pack to Cards - A quick, visual opener where a pack of cigarettes instantly transforms into a deck of cards.

Trans-Pocket Switch - Show a card in your pocket before it's actually there. This simple, yet deceptive switch has several clever applications.