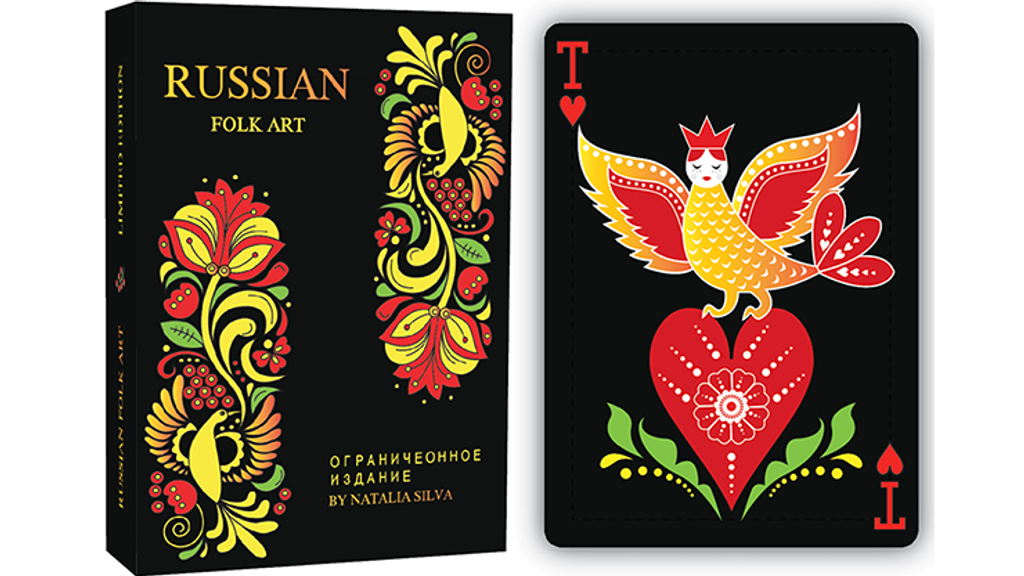 Khokhloma known for it's vivid flower patterns, red and gold colors over a black background.

It first appeared in the second half of the 17th century in what is today known as the Koverninsky District of the Nizhny Novgorod Oblast. The handicraft was named Khokhloma after a trade settlement in the same oblast, where craftsmen had been known for making and selling their handmade goods between the 18th and early 20th centuries.

The main colors used in Khokhloma painting – gold, black and red. Sometimes these colors are complemented with green, brown, orange, yellow. Motifs used in painting are mainly natural: it is grass, flowers, berries and birds.