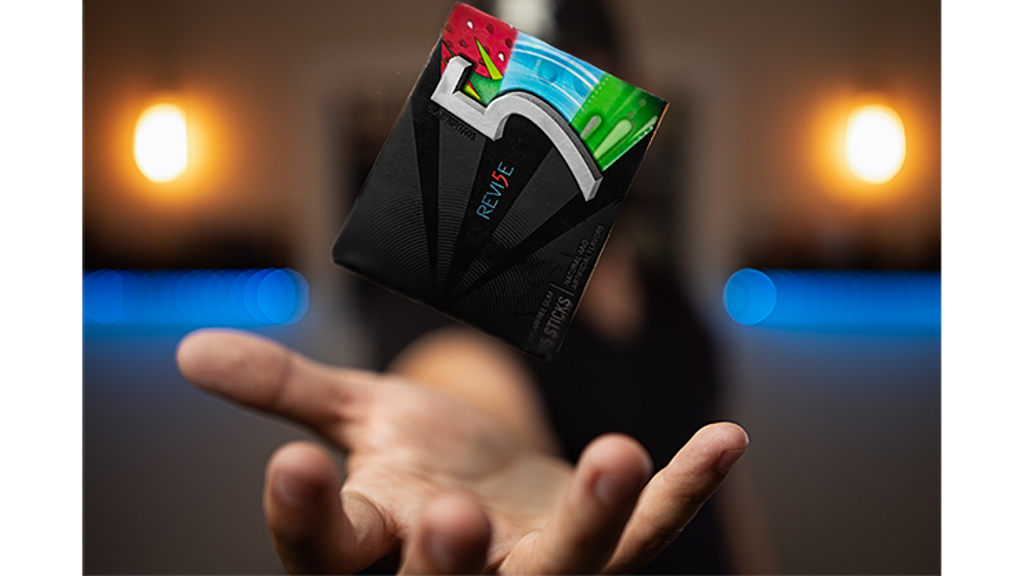 Revise 5 is a color changing pack of gum where not only the front of the pack changes colors, but the gum inside changes along with it. In fact, FIVE great changes occur! (1) The front of the package turns from blue to red. (2) The blue gum turns into red gum. (3) The front turns from red to green. Still with me? CRAZY!! (4) The red gum turns to green gum. AND (5) If that's not enough, the green gum VANISHES!

Flash-Mint: A quick and visually stunning change from a blue pack of gum to a green pack of gum. This isn't just a 2 color change trick -- the way it happens so quickly leaves your eyes almost cross-eyed!

Gum-Card: This is a Signed Card to Wallet type of trick, but used with a gum pack. You hand a spectator the pack of gum, but before handing it over you show them it's just a normal pack by opening it up. Once you close the pack, you instantly put the pack in the spectator's hand. Another spectator chooses a card and signs it. The deck is then placed into the card case. Once the cards are secured, the spectator names their card. The spectator opens the gum pack and there is one card tucked in the gum pack. The card is revealed and it's not only the same one, but it's their signed card!

Dollar-Mint: You visually vanish a dollar bill and it instantly appears in the pack of gum. It looks like the dollar came out of thin air!