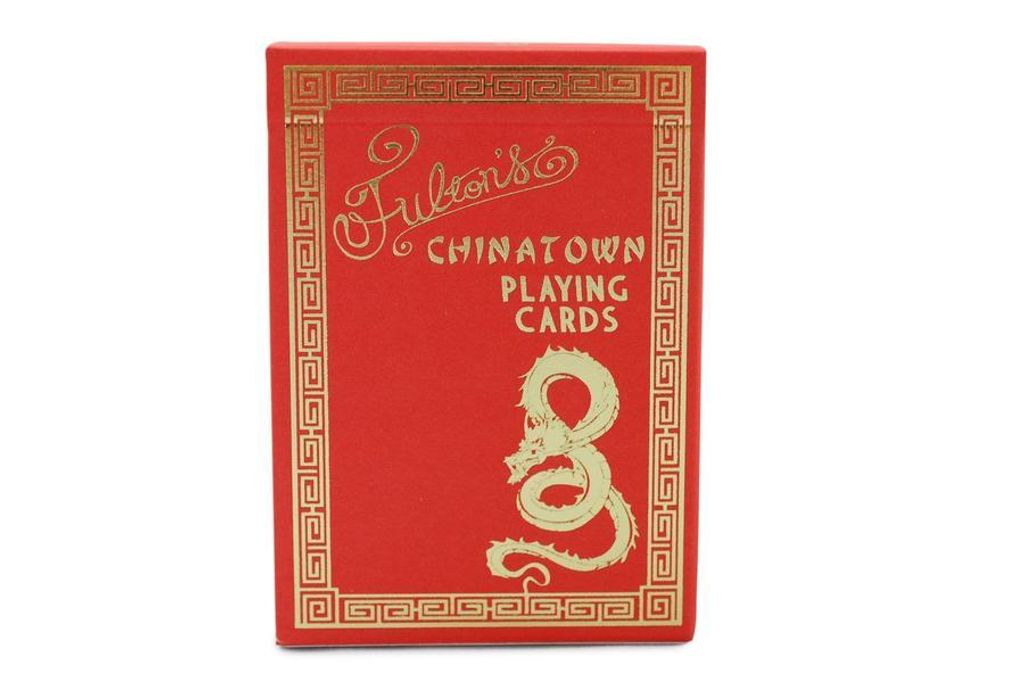 Commemorating Chinese culture in observance of the lunar new year, Fulton’s Chinatown Playing Cards were inspired by the red envelope tradition and honor The Year of The Dragon, 2012. They’re the luckiest deck you’ll ever use.

As a child, Brad Fulton eagerly awaited the coming of Chinese New Year, a holiday where his Aunt Kareen and Uncle Dennis would present a beautiful bright red and gold envelope filled with lucky money. To commemorate those happy feelings and bring luck to you all, we present Fulton’s Chinatown Playing Cards.

“Chinatown Los Angeles holds a special place historically and personally. It has always evoked and cultivated an aura of magic, mystery, and vibrant energy. With this deck I pay respect to a holiday and location associated with good luck and endless possibilities.”

Hand illustrated by Dan Phillips, this new edition of Fulton's branded playing cards was printed with the same quality as the Fulton's Clip Joint Playing Cards and are packaged in the most beautiful box ever produced.