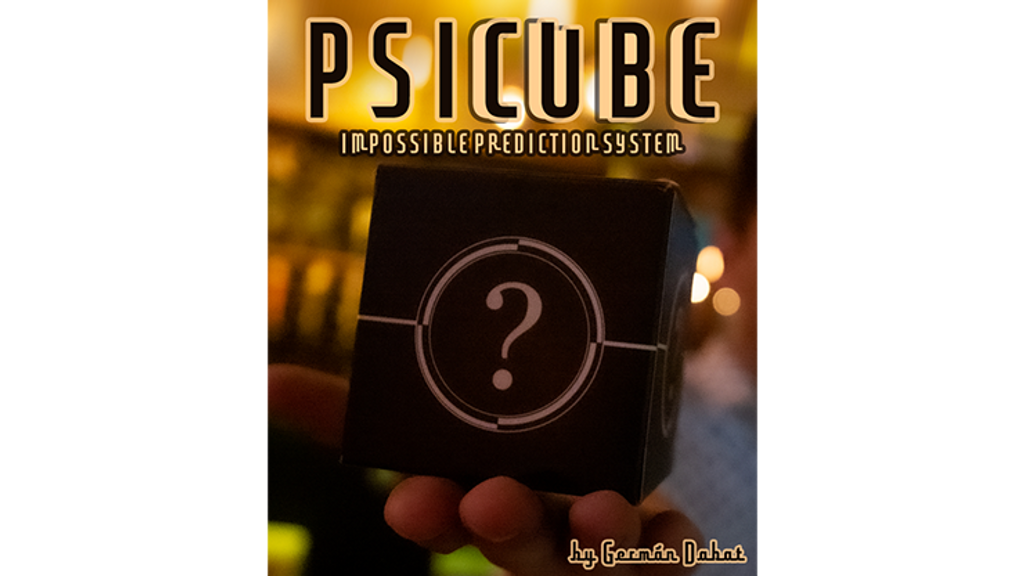 This is not a trick; this is a system to make impossible predictions. When you learn the main concept you'll be able perform many effects where the prediction appears in an impossible location. You can even create your own routines; your imagination is the limit!

The mentalist shows a cardboard die and an "invisible" die. He throws the latter into the audience.

The mentalist asks the spectator to throw the invisible die and imagine ANY number. Another spectator does the same.

The mentalist says to the audience, "They just created a random two-digit number"

He asks the spectators to say their numbers out loud. They say, for example, 6 and 5.

The mentalist says, "They freely created the number 65. Inside this die there's a prediction."

He unfolds the cardboard die and inside it's clearly written: "Prediction: the two spectators will create the number 65". The prediction matches exactly the freely chosen number!

The mentalist tells a story about his childhood. He says that he used to save all his money inside a piggy bank and his brother always stole his money.

Then, he shows an origami piggy bank. He asks one spectator to guess how much money is there inside the cube. The spectator says, for example, 16 dollars.

The mentalist unfolds the piggy bank and several coins fall on the table. He asks the spectator to count all the money.

He answers "2 dollars", so 14 dollars are missing.

The mentalist points out that there's a written message inside the piggy bank and asks him to read it out loud: "Dear brother I.O.U. 14 dollars". The prediction matches exactly the amount guessed by the spectator!

"Invisible die": A really practical idea to predict any number

"Safe box": Predict the combination of a safe box.

"Rubik's Cube coincidence": A strong climax to add to your Rubik routine.

"Ballot box": Predict the exact results of an election.