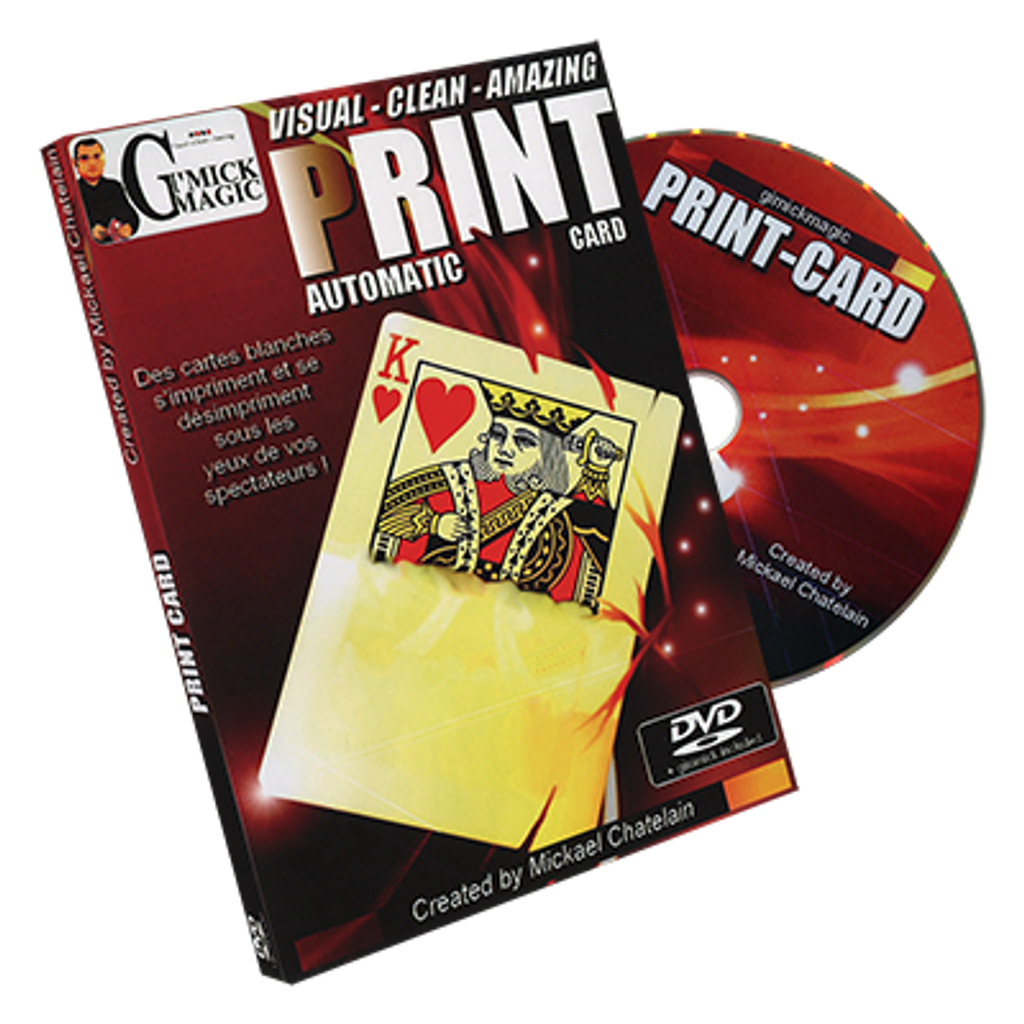 Effect: Take four Bicycle cards from your pocket. Show first the backs then the faces.The spectators will immediately notice that the cards have no faces, in fact, they are completely blank. Four blank cards, nothing else.

Place one of the four cards on the table as you explain that you are going to show how the cards are printed at the factory.

Take out your deck and invite a spectator to choose a card and place it next to your blank-faced card on the table.

Let's say the King of Spades is chosen.

Show the three other blank cards that you hold one last time. Show them one at a time so there can be no doubt.

Explain the following to your spectator:

Every time that a blank card touches your card, the King of Spades, it will immediately be printed.

No sooner said than done! You slowly take a blank card and touch the King of Spades lying on the table. Immediately show that your once-blank card is now mysteriously printed! Another King of Spades!

It's completely impossible! A second before the card was blank and now it's completely printed - a perfect copy of your spectator's card!

Offer to repeat this curious experiment with a second blank card. I don't have to tell you that your spectator's eyes will be riveted on your hands and the cards!

You slowly show that you have two blank cards left in hand. Bring one towards the King of Spades still on the table...

And now, with no false moves, show that the magic has happened again!

You now have another King of Spades! How is this possible? You manipulate NOTHING! You simply touch one card to another, nothing more.

The last card will undergo the same fate. In a fraction of a second it too will become a King of Spades!

Now you have three Kings of Spades in hand.

Explain that if by mistake a printed card should touch the blank card that's been on the table since the beginning, everything will be erased!

You don't believe me? Bring the Kings of Spades towards the blank card on the table and the second they touch the blank card, they too immediately become blank once again!

You have to see it to believe it. You have printed cards and with no false moves, at the moment of contact with the blank card, they become blank!

Pure magic under the nose of your spectator.

The procedure is repeated three times and each time a miracle takes place. At the end, you find yourself exactly as you were at the beginning of the routine: Four blank cards in hand and the spectator's King of Spades on the table.