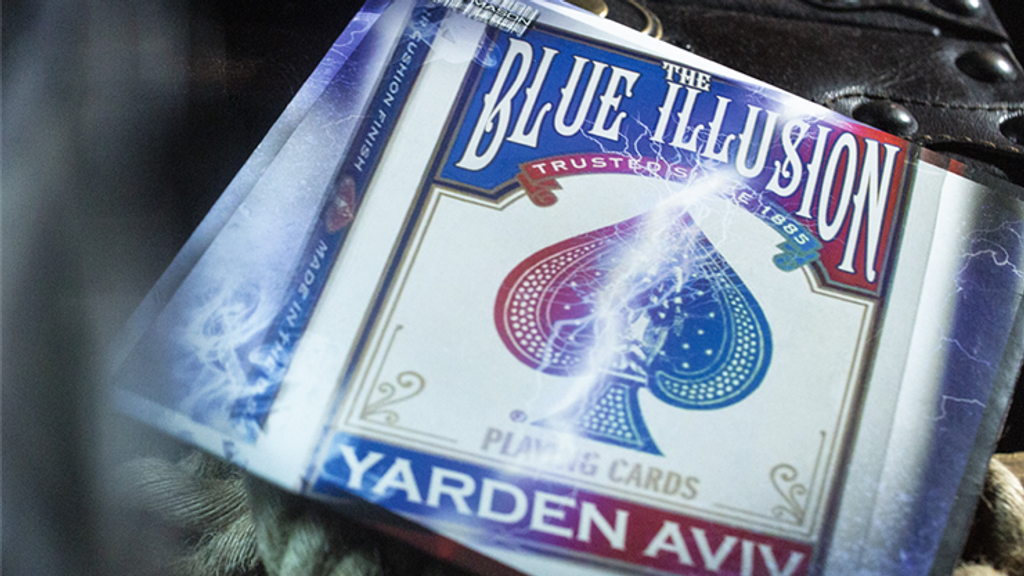 "Shut up and take my money."

"Shut up and take my money."

BLUE ILLUSION IS AN EYE-POPPING MOMENT OF MAGIC, WITH NO COVER.

"I must say that this looks so good. It is by far the cleanest ALL-AROUND color-changing card box I have ever seen."

A BLUE Bicycle card box is picked up off your table. It is shown to your audience in the fairest possible manner; no cover of any kind.

The box is opened, and a RED deck is slid halfway out. With just a wave, the ENTIRE BOX VISUALLY changes color to RED.

THIS REALLY HAS TO BE SEEN TO BE BELIEVED. ALL 6 SIDES CAN BE SHOWN.

The deck is removed and spread face up. Your spectator names ANY CARD; NO FORCE of any kind. NO COVER.

The freely named card is flipped face down. It is the ONLY BLUE-BACKED CARD in the ENTIRE DECK.

The named card is flipped face up and laid on the red card box. The deck is shown; there are no other BLUE CARDS in the deck.

At this point you explain it's all been an illusion.

The box was NEVER BLUE, there are NO BLUE cards in the deck and finally the card they named was also never blue -- the SPECTATOR turns over the card themselves; IT IS NOW RED!