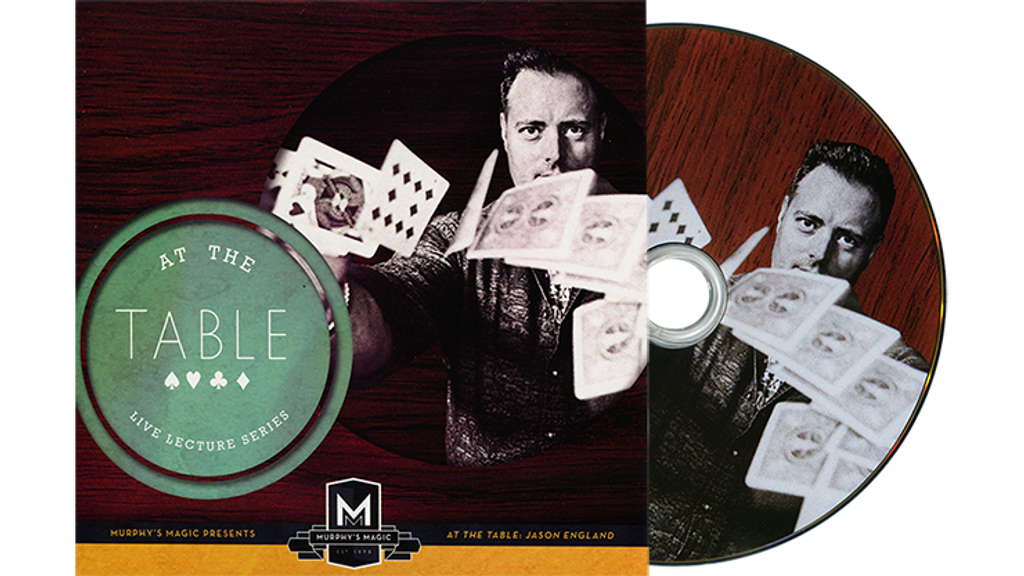 $ 9.95 USD $ 0.00 USD
Share 0 Tweet Pin it 0 LINE
Jason England is acclaimed the world over for two things: his classical approach to magic's most enduring effects, and his ability to perfectly execute the most challenging cheating moves ever devised. Join Jason with host Eric Jones to get a closer look at both the classical magic he is known for, and the cheating techniques that make him the envy of card enthusiasts everywhere. To top it off, Jason shares with you an unpublished ending for Twisting the Aces by his close friend Derek Delgaudio, as well as a gambling routine that has never been performed or released.

Three Magic Classics:
Triumph: We have asked Jason to do something unusual here. He is teaching Vernon's Triumph effect EXACTLY as it appears in Stars of Magic, with the singular addition of Daryl's cutting display sequence. Jason believes this to be an absolutely perfect effect - and we agree. Many great effects have been "killed by improvement," and to have a master teach us the true subtleties of the shuffle sequence and reveal is a rare opportunity you won't want to miss.
Twisting the Aces: Another Vernon classic that looks effortlessly perfect in Jason's hands. The routine, many feel, needs a stronger finish, and Jason is teaching (with permission) Derek Delgaudio's finesse at the conclusion of the now-classic Twisting the Aces.
Dunbury's Delusion/Fingerprint Card Trick: This is a workhorse routine that Jason has used faithfully for laymen and magicians for more than twenty years.

Gambling Section:
Poker Tells: For the first time ever, Jason shares with you something that has NEVER been published. Anywhere.
Grand Slam for Bro. John: You teach a spectator how to cheat at Bridge, and then they do!
The Gathering: Four thought-of cards gather into one hand without your spectators revealing anything about their selections
Instant Full House: A full house appears out of nowhere in a head to head game of poker.
Jason also performed requests and gave ad
×
Your cart is currently empty.
Continue shopping