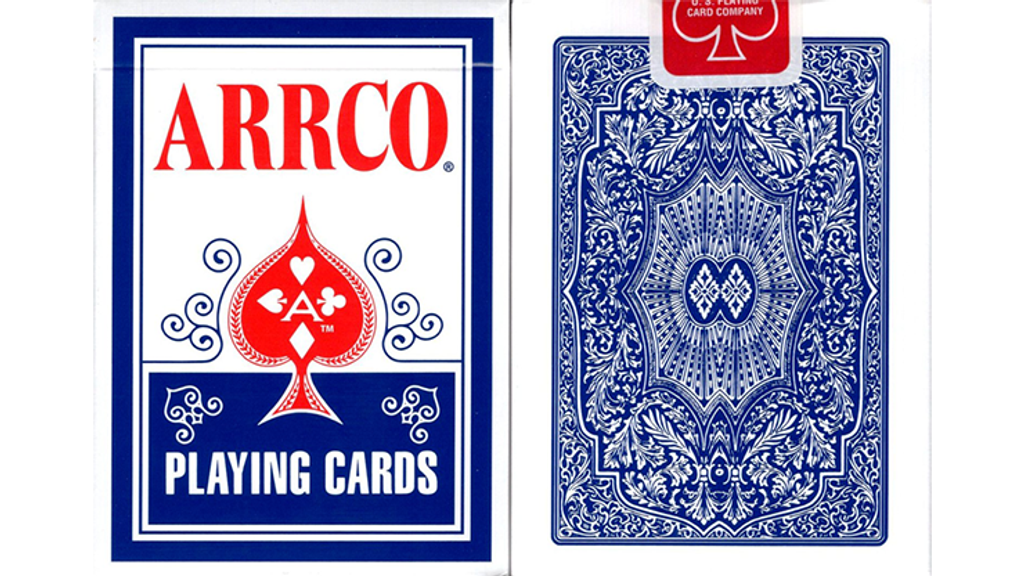 ARRCO Playing Cards was first printed by the Arrco Playing Card Company in Chicago, Illinois (named Arrow Playing Card Company 1920s-35). The company was acquired by the USPCC in 1987. The last version of the ARRCO deck was printed in 2011. With special permission from USPCC, we are pleased to offer you this limited edition reprint. Outstanding look, feel and handling; a true worker's deck for the cardist and magician. Over half the decks were already pre-sold at the time of printing.

ARRCO Playing Cards is highly sought after by magicians and players alike, as well as by collectors for the deck's unique history and limited availability. While all the elements of the cards have remained the same, we have added some gaff cards and slightly modified the tuck case. To fit the new USPCC templates and legal requirements, we've added reveals on the tab and have modified copy on one side and on the bottom. The Jokers state "Plastic Coated," but these new versions are not - the deck has the USPCC "Magic Finish."