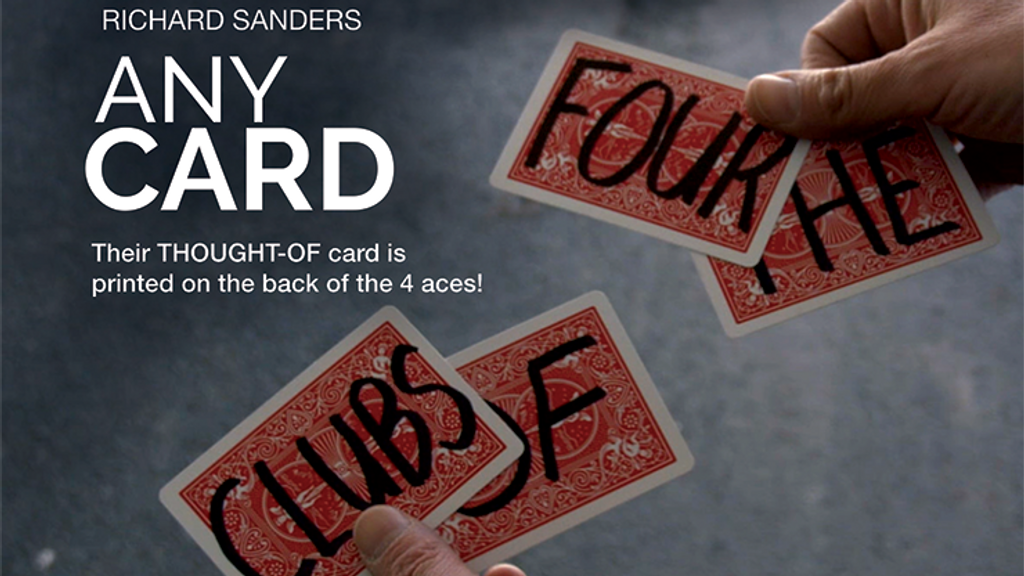 Any Card (Gimmick and Online Instructions) by Richard Sanders - Trick

From the fertile mind of that crazy clever guy, Richard Sanders, comes a killer effect that packs a HUGE punch to the spectator's mid section!

Hand a deck of cards to someone and ask them to think of Any Card (no force). You explain that you previously turned over the 4 aces in the deck because you're sure that they are thinking of an Ace. They say no, they're thinking of the 3 of Hearts! You explain that there's another important reason why you turned over the Aces, they're marked. You slowly turn over the Aces revealing a word printed on each card...The Three Of Hearts! Their freely thought-of card!

Works with ANY CARD (No Force)

Customizable for other languages